Home / About Jordi Labs / About the Founder 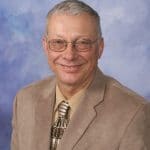 Founder and Director of Research and Development at Jordi Labs LLC. Since December 2008, he has directed the development of several new chromatographic resins. He is heavily involved in additional product development work and also in the analytical service division, providing consultation and guidance in everyday operations. (see below for more information)

Employed by LC Laboratories of Newton, Massachusetts as Senior Chemist. His chief responsibilities were to set up and manage a complete polymer GPC program, both room temperature and high temperature, to include special methods such as aqueous GPC and LiBr/DMF work etc. Additionally, he began a liquid chromatography column repacking business and was solely responsible for developing this line of our work. Finally, he supported other chemists by developing the most efficient LC methods possible, which were then applied to the company’s prep LC work.

Employed by Waters Associates of Milford, Massachusetts as Chemicals Applications Manager for the Chromatography Supplies Division. The position included responsibility for applications development on their complete chemical product line, both current and anticipated. The work centered on the development of a post column detector for use in free amino acid analysis and on development of the chromatographic systems required. Additionally, extensive interaction with their R&D Department was required in attempts to improve product reliability and performance. For example, process development work was performed to prevent HPLC column voiding and improve both resolution and reproducibility. Additional tasks were the development of carbohydrate, protein, and lipid separation systems.

Employed by Waters Associates as Laboratory Manager for the Life Science Division. A variety of liquid chromatographic methods were developed in order to support the field sales force with individual customers. The methods developed included, but were not limited to, steroids, both free and derivatized, fatty acids, phospholipids, proteins, peptides, carbohydrates, and nucleic acids. This position also included giving seminars and lectures on lipid chromatography, as well as teaching in the liquid chromatography school. Additionally, this position involved running a sales oriented workshop program in which his lab team would go to a different city each month, set up shop, and attempt to separate any and all samples brought to the team by potential customers.

Employed by the U.S. Army at the United States Army Institute of Dental Research under the direction of Dr. Marvin F. Grower. A variety of techniques, including high performance liquid chromatography, fluorescence, spectrophotometric, and chemical methods were used to characterize various drugs contained in biodegradable copolymers of polylactic and polyglycolic acid. High performance liquid chromatographic separations of copolymer and various drugs on uStyragel succeeded in yielding the molecular weight distribution of the polymer and the purification of the drug in a single run. Other studies involved measuring the enzymatic degradation of dental plaque using a sensitive fluorescence assay and the purification and separation of fatty acids using a high performance liquid chromatographic method. The fatty acids were derivatized to make them good absorbers of ultraviolet radiation and were separated by reverse-phase chromatography. The work also involved some teaching of biochemistry in the masters level program offered. The program was associated with the George

Washington University and he was appointed as an Assistant Professorial lecturer from 1974 through 1977.

Graduate thesis research under the direction of Professor J.E. Erman. This work involved kinetic studies of the cytochrome c peroxidase mediated oxidation of ferrocyanide by hydrogen peroxide. Both transient state and steady state kinetics were studied as a function of pH and ionic strength in order to determine the nature of the charge on the active site of the enzyme. The transient state work was done using stopped flow methods, while the bulk of the steady state studies were run on a Cary 14 spectrophotometer. Other work included the isolation and purification of cytochrome c peroxidase from Brewer’s yeast and computer aided analysis of the huge amount of kinetic data gathered from the above mentioned studies.

Undergraduate and graduate research, under the direction of Professor R.J. Albers, on the formation and characterization of polypeptides using a variety of methods including nuclear magnetic resonance, optical rotatory dispersion, circular dichroism, and ultracentrifugation in an attempt to correlate amino acid sequence with tertiary structure. 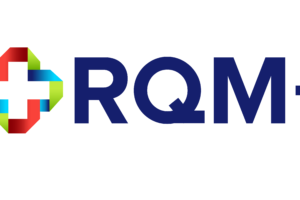