Protein characterization is an incredibly broad field of study that encompasses a wide range of analytical methods and techniques. Although biochemists have made enormous strides in protein analysis, the process of identifying and purifying novel proteins remains a daunting task. This is mainly due to the lack of a one-size-fits-all solution for macromolecules with radically different aggregation states, charges, sizes, structures, and so on.

The sheer breadth and complexity of protein characterization stem from the seemingly infinite pathways for protein expression. Consider this: All proteins are composed of chains of the same 21 amino acid residues of varying concentrations that may assemble in virtually endless arrangements. They can then be folded into three-dimensional (3D) structures that further vary in size. Complicating the protein characterization process further is the fact that they are never present in isolation. A single cell may contain as many as 10,000 different proteins.

So, how do biochemists even begin to conduct protein analysis and characterization?

To accurately characterize a single protein, chemists must first isolate it from a sample via purification and identify it by any number of defining characteristics. As mentioned, biochemists use a wide range of analytical methods – ranging from the routine to the experimental – to carry out protein characterization.

Obtaining proteins for analysis begins when a sample is selected and fractionated. For instance, cells can be lysed and the desired sample material is extracted through differential centrifugation, where an increasingly pure supernatant is separated from larger sample debris. Even after multiple passes in a centrifuge, the supernatant is likely to contain thousands of distinct proteins.

The protein of interest is purified by subjecting the sample to a separation method based on inherent chemical, electrical, or physical properties. Chromatography (affinity, ion-exchange, gel-filtration, HPLC, etc.) is one of the most common technologies used in protein purification as it allows for highly-selective separations of sample material based on various characteristic properties.

Once a highly pure protein has been acquired, biochemists can then begin to characterize its composition, structure, molecular weight, purity/impurity, and so on. These objectives are often interlinked and are best accomplished in specific orders. For instance, the molecular weight of a protein chain is predicted based on the amino acid composition, which are determined by chemical methods.

To chemically determine the precise amino acid sequence of proteins, its peptide backbone is cleaved using one of a number of potential methods such as tryptic digestion, where residues are sequentially cleaved from the protein chain and identified via high-pressure liquid chromatography (HPLC) and mass spectrometry. This is the most commonly used method for chemically-identifying the sequence of an individual protein.

This is just one example of how proteins are identified and what is learned about their chemical structure. Other examples include:

At Jordi Labs, we provide protein characterization and analysis using a suite of established tools. If you have unique protein analysis needs and think you might benefit from our support, simply contact a member of the Jordi team today. 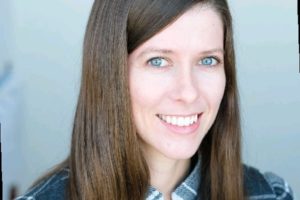