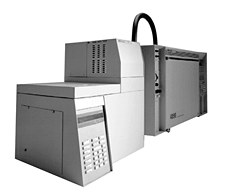 The purpose of this work was to compare Headspace Gas Spectrometry (HS-GCMS) and Desorption Mass Spectrometry (DMS) while characterizing and identifying the organic volatiles from an unknown sample reported to be a buildup on an extruder used for polyolefin processing.

DMS is a very sensitive technique which provides valuable information about trace volatile and semi-volatile components. When analyzed by HS-GCMS the low boiling compounds are preferentially evolved into the headspace gas. In general, the signal strength for the most volatile components is increased in HS-GCMS as compared to DMS due to the ability to increase sample size and its selectivity for component with higher vapor pressures.

Read the following report to see the full analysis. 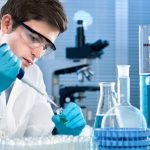 Biological safety evaluations are designed to assess whether a product is safe for its intended use depending on its composition. For example, an … END_OF_DOCUMENT_TOKEN_TO_BE_REPLACED