Companies around the world rely on Jordi Labs for the most-accurate analytical chemistry testing and analysis. We are always trying to improve our testing accuracy.

One of the choices labs make in the analytical testing process is deciding whether you use formal or relative quantitation. We wanted to study how this decision affects the accuracy of testing results.

First, what is the difference between formal and relative quantitation?

On the other hand, relative quantitation utilizes internal standards of different chemistry from the target analyte to estimate the concentration of the target molecule. This approach is often used when no standard is available for a compound, when there are a large number of target compounds, or when formal quantitation is not practical. Most testing labs use relative quant.

Our case study found that relative quantitation can work but you have to have a standard that is very close to the analyte you are quantitating. 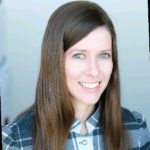