Biodegradation is the decomposition of chemical materials by environmental factors such as sunlight, temperature changes or microorganisms. Recently, the design and use of biodegradable materials has attracted considerable attention in the polymer and engineering industries, due to their applications in biological/medical systems/devices, and their environmentally friendly aspects compared to traditional plastics.

Biodegradable polymers are desirable for medical applications because they break down or are easily absorbed into the human body and do not need removal or surgical interventions. For this reason, these materials are found in a wide range of medical applications including implantable large devices such as bone plates, small implants such as sutures and drug delivery vehicles, tissue engineering scaffolds, and so on.

Aside from medical applications, biodegradable polymers find application mostly in the packaging industry for the fabrication of disposable materials. According to National Geographic, of the 9.2 billion tons of plastics produced globally between 1950 and 2017, 6.9 billion tons have become waste and only 9% of the latter made it to a recycling bin. This accumulation of degradation resistant plastics has now become a serious global pollution issue. One of the solutions to this issue is the design and use of degradable polymers. Due to their ease of degradation, biodegradable polymers are significantly greener than traditional plastics, and thus have the potential to replace metals and other materials for use as biomaterials in the future.

Gel permeation chromatography (GPC), an analytical technique for the determination of the molecular weight distribution of polymers (Figure 1), can be used to study biodegradable polymers by determining the rate at which a polymeric material might decompose as part of accelerated aging studies. GPC can also demonstrate the absence of degraded polymer chains in a sample. This information can be used for lot release testing for medical devices. 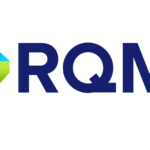